One of the important events of my life was receiving, while imprisoned for an anti-war protest, an original print of a NASA photograph of the Earth taken on the 16th of July 1969. It arrived shortly after the safe return of the Apollo 11 crew following their successful moon landing. This stunning image immediately became the main decoration of my cell and, 50 years later, is here in our living room. I often carry a laminated print of the photo with me when I have a lecture to give and pass it around, commenting that this small planet is home address of all of us. It was with me when I spoke in Edinburgh recently. Out of the blue came an idea: I suggested that wearing a badge with a Whole Earth photo on it would be an excellent way to tunnel under ideological and political barriers that so often divide us in this ultra-polarized time — an image without words or slogans, as silent and prayer-inspiring as an icon. It’s not a me-versus-you emblem. It simultaneously challenges both ourselves and others to take greater responsibility for protecting our planet, its environment, its population and generations to come. I took the idea with me as I travelled on to Glasgow and London and talked about it during a BBC interview. The Glasgow Catholic Worker become the first group to act of the idea, placing an order for a thousand badges. A trial printing of the badge has now been made here in Holland — I just picked up the first batch from our local Copy Center. My modest proposal is that others, both organizations and individuals, take up this simple idea and make Whole Earth badges in quantity for wide distribution. Give them away if you can afford to — sell them at cost if you can’t. They’re not costly to manufacture and NASA photos are not under copyright. I dare to imagine many thousands of people wearing them before the year is far along. Jim Forest / [email protected] PS Here’s more about the photo I received while in prison plus a selection of quotations from astronauts who have seen the Whole Earth with their own eyes…

The Whole Earth in a Prison Cell

An album of Whole Earth photos: 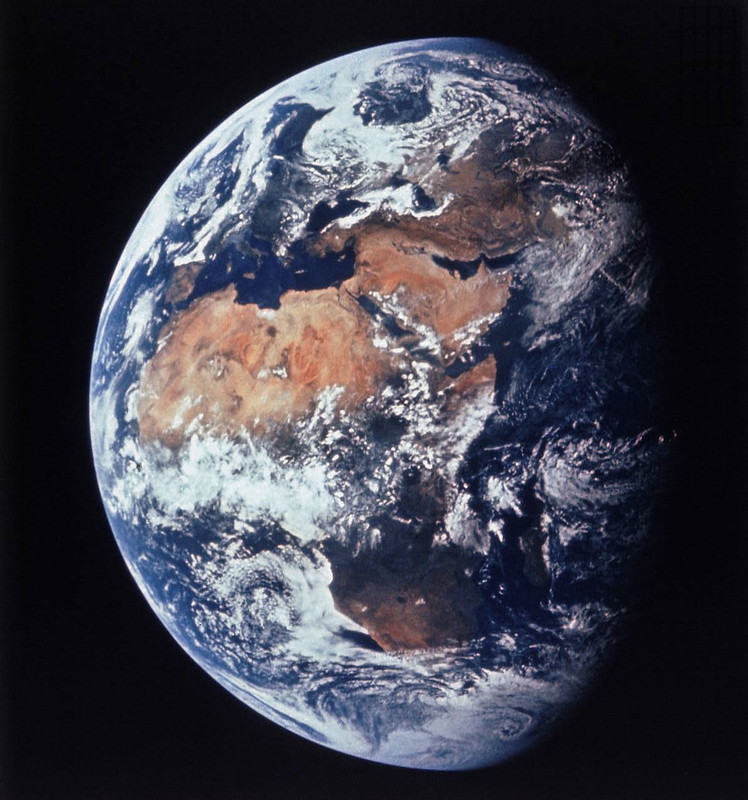